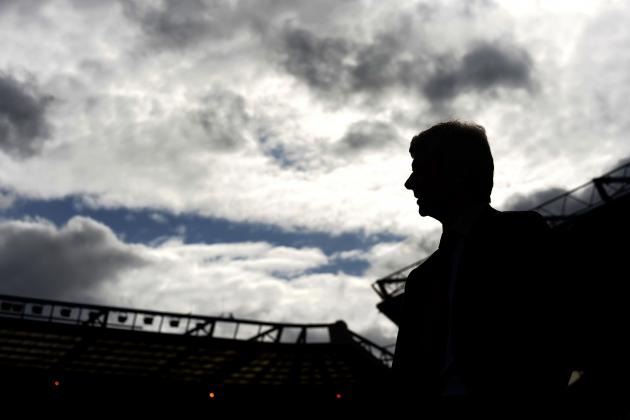 Today I witnessed a gutless home performance from Arsenal FC against a half decent Swansea FC team.

The game ended 0-2 to Swansea, and Swansea thoroughly deserved the win.

Arsenal now have one win in the last seven Premier League football matches and sit 10th in the league.

This is Arsenal's worst start to the season in their history.

At the beginning of every season, the illusion is given that Arsenal are possible title contenders. However, the team hasn't been in the top two for eight years.

Their current top goal scorer, Theo Walcott, is on the verge of leaving in the next summer transfer window if he is not offered a new contract.

This is after losing their last top striker, Robin van Persie, to Manchester United a team once considered league rivals for the Barclays Premier League trophy.

The team is not playing the fast-flowing football it was once known for. It hasn't for years.

The formation never changes. The personnel is worsening season after season.

Arsenal haven't had a proper captain for six years. There is still barely a leader on that pitch.

Some would say there isn't a leader in the dressing room, but despite all this Arsene Wenger keeps his job. 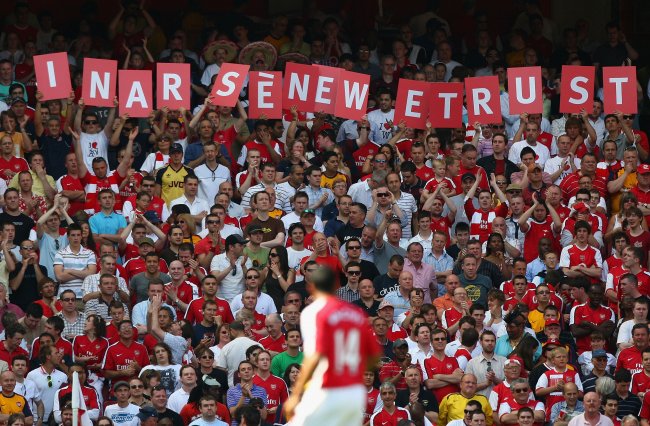 The In Arsene We Trust believers will always state, despite the glaring truth, that Wenger has a job for life.

It is a ridiculous assumption and statement to make. Nobody's position should be untouchable because it lends to a complacent attitude. An attitude his players clearly share.

The Wenger Knows Best brigade will state that the board are starving the manager of funds and limiting his ability to compete at the highest level.

To these fans, Wenger is being made a scapegoat.

Arsenal have the players to make the top four in the league, but the players are not working for the manager, which begs the question: Has Wenger lost authority in the dressing room?

Why do all his young prodigies want to leave him as soon as they have the option to? It seems Wenger is losing power and respect at the Emirates.

After Henry left the team in 2007, Arsene Wenger promised that his squad, then consisting of the likes of Gael Clichy, Kolo Toure, Cesc Fabregas, Van Persie, Emmanuel Adebayor, Mathieu Flamini, Samir Nasri and others, would mature and win the league.

Should this be Wenger's final season?

Should this be Wenger's final season?

All those players are no longer with the squad.

This season, Wenger was happy to see his two best players of last season leave for pastures new.

Alex Song—the player with the leading assists in the team—was sold to Barcelona despite still having three years on his contract.

Is that not handicapping yourself?

Any decent manager would fight his corner and issue a least some kind of ultimatum.

Not Wenger, who remains the highest paid manager in English football despite being without a trophy for eight long years.

He is lucky he has a board who only cares about profits and the fourth spot with a fanbase who are fresh and blind to what issues are preventing Arsenal from becoming a serious threat.

It is nice playing in the Champions League, but it isn't nice being found out every year in the knockout stages.

Every competition should be a competition in which this club competes to win. However, Arsenal are just also-rans: there to make up the numbers.

Perhaps Wenger is the victim of his early success, but in all honesty this isn't the same Arsenal that I remember when I started supporting over twenty years ago.

The new fans are clueless and the players have no idea of what it takes to show true Arsenal spirit. The Arsenal are now synonymous with the word "losers."

A laughing stock. Sir Alex Ferguson must be laughing to himself at the demise of the once great Wenger. Ferguson doesn't even consider Wenger a challenge these days.

The tactics are beyond stale and are perhaps one of the most predictable in the league.

Wenger can cling to the rest of the season in the knowledge that the board will not sack him.

The board are at fault off the pitch, but have no input on it. If West Brom, Everton, Spurs, Swansea, Stoke City and West Ham can be above Arsenal at this stage, then there is a clear managerial issue.

Next season I suspect Walcott and Bacary Sagna to be the next to leave the club despite announcing their undying love for it.

Whilst Wenger chooses to play devil's advocate and refuses to take a stand to keep his best players and buy better new ones, he has to take the credit for how far the Arsenal have fallen since the glory days of the Invincibles.

We'd like to send you the most entertaining Arsenal articles, videos, and podcasts from around the web.