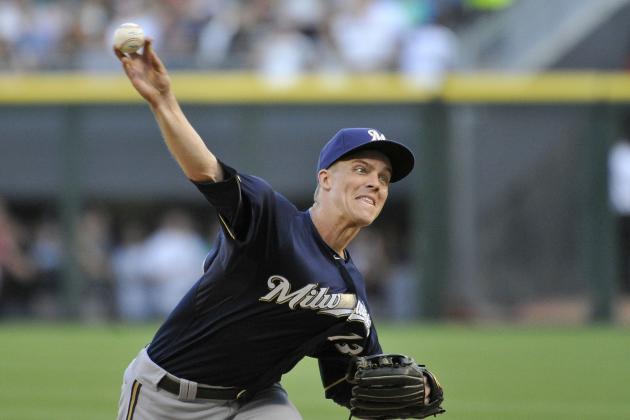 Coming into the All-Star break, word on the street was that the Milwaukee Brewers weren’t likely to re-sign star right-hander Zack Greinke to a contract extension.

The fact that the unrestricted free agent-to-be had not come to terms on a multiyear contract extension with the club early in the season said to many that he had doubts about staying in Milwaukee and that he probably had an interest in weighing his options as a free agent this winter.

Now, it appears that Milwaukee’s odds of bringing back the former Cy Young award winner have actually worsened.

Brewers principal owner Mark Attanasio told Tom Haudricort of the Milwaukee Journal Sentinel on Friday that he is not optimistic about signing Greinke to an extension prior to the July 31 trade deadline. In Attanasio’s own words:

“When players get this close [to free agency], there’s not many that will sign, at that level. He’s a difference-maker to a team that’s got a chance to go to the postseason. Unless you’re raising the bar, you usually go on the market.”

Of course, it should also be noted that general manager Doug Melvin told Haudricourt that his phone “isn’t ringing off the hook” with trade calls for Greinke.

Milwaukee brass has made it known that the outcome of the next few series will be of extreme importance as to the club’s intentions in the trade market this month.

Milwaukee will start the second half of its 2012 schedule with a three-game set versus the division-leading Pittsburgh Pirates at Miller Park, immediately followed by another three-game series against the St. Louis Cardinals at home.

The Brewers then head to Cincinnati for a three-game set against the Reds, whom they have a 2-4 record against this season, scoring as many runs (22) as they have allowed (22).