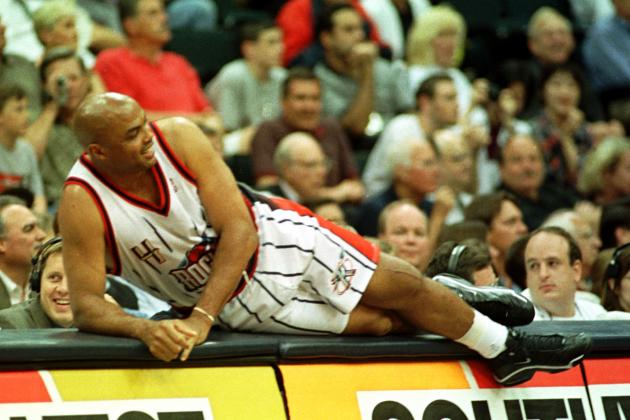 We've been here before.

At least, Houston Rockets fans who were around in the '90s have been.

See, there was a time we weren't just a middle-of-the-road team that desperately needed a star to carry us to the promised land.

This is where the truly experienced Rockets fan can relate.

Those of you who are a little newer to the halls of Houston fanaticism may have mistakenly thought I was talking about the Yao Ming-Tracy McGrady experiment.

You'll have to be old enough to have a driver's license to actually understand what this writer is referring to.

I remember the golden days of the team.

The 1994-1995 NBA season concluded with the Houston Rockets at basketball's summit. (Ironically it's where they played, too.) They had just defeated what would later be Dwight Howard's Orlando Magic in a four-game sweep for their second consecutive championship.

The following season though, the Seattle Supersonics (or Oklahoma City Thunder, for our younger readers) brought the quest for a three-peat to a screeching halt.

This left the former champs with an earlier-than-expected offseason to languish in a bitter decision-making process.

The decision management made ultimately proved to be the wrong one for the Rockets. One that, I believe, is close to being made by the team again as they pursue Dwight Howard.

How far can the Houston Rockets go with Dwight Howard as the starting center?

How far can the Houston Rockets go with Dwight Howard as the starting center?

The Rockets mortgaged their future for the sake of acquiring one superstar player: "Sir" Charles Barkley. In a stunning, five-player deal, the Rockets gave away offensive spark plug Sam Cassell and the ever-reliable Robert Horry. The deal also included the serviceable forwards Mark Bryant and Chucky Brown.

The Rockets were defeated by the Utah Jazz in the Western Conference finals and ousted in the first round by the Los Angeles Lakers the next season.

Meanwhile, Sam Cassell and Robert Horry went on to win five championships in their careers after their stints with the Rockets.

Okay, okay...Horry won five championships, with the Lakers and San Antonio Spurs, but you get my drift, right?

Today's Houston Rockets are close to mortgaging their youth (again) for an apathetic superstar player who could care less about playing for the Rockets. (Again).

Well, a wise fan might say that those who don't learn from history are doomed to repeat it.

I happen to be a cynic, so I say that Morey is desperate and needs to shake up the roster to keep his job. 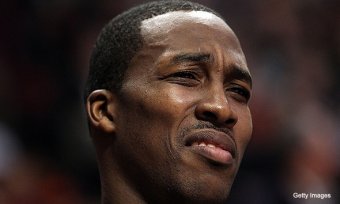 What I can't figure out for the life of me, though, is why we would trade anything for a player who—according to sources outlined by SI.com's Sam Amick—has made clear that, even if the Rockets were to win a championship in 2013, Howard would still intend to become a free agent following the season.

Doesn't exactly sound like a cornerstone to build a team's foundation around, does it?

The news gets worse.

In the bargaining room, the Orlando Magic have all the leverage. Morey, smart guy that he usually is, has shown all his cards.

I don't play cards, but even I know that you can't win many hands that way.

Since Orlando holds the power, the Rockets will be fleeced, no matter how they spin it. Once the season ends, Morey will be left holding the bag.

In the best scenario, the Rockets put together some unlikely run in the best division in basketball and end up back where they were at the end of the 1994-1995 season.

If Howard doesn't re-sign though, does it really matter? The team will just experience a free fall and have to start all over.

Which begs the all-important question: Are championships built the wrong way worth it?

A little less than a year from now, maybe we'll see.