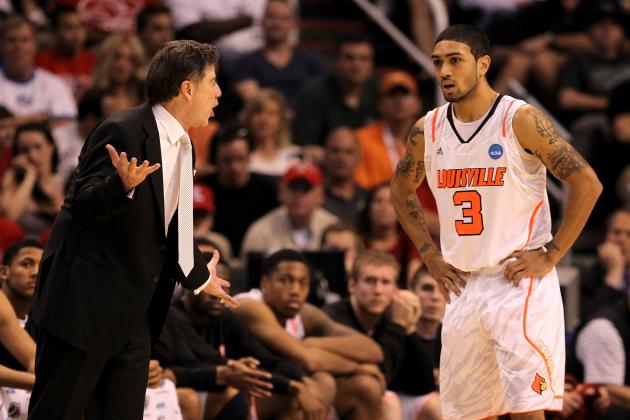 In the world of sports media, one often encounters bias toward certain teams, markets and sports.

Take, for example, ESPN. The network has close to a monopoly in today's sports media world. Most fans get their sports news from the web or ESPN. The network's take on certain subjects can influence the entire population's opinion.

Well, this time the opinion-maker was not ESPN, but Sports Illustrated.

Everyone in Kentucky knows that UK fans make up the majority of the population. But there is still a large base of Louisville fans and graduates across the state. Leaving the Cardinals off SI's regional cover is ridiculous.

Sure, it's the same Kentucky market. But not splitting the cover shows a bias that will create a "little brother"-type feel for Louisville.

But not being on the cover and being the only team to be left off could be a serious selling point for legendary coach Rick Pitino as he attempts to motivate his squad.

It should frustrate the team that has made an almost Cinderella run in the NCAA Tournament. No one expected the Cardinals to be in the Final Four, but they are, and they deserve just as much coverage as the Wildcats. Denying them a spot on the cover is doing a disservice to this team.

This slight could end up helping them in another way. There is the common myth of the Sports Illustrated curse. Should Louisville get past Kentucky and win the championship, the curse would only gain more credence. After all, the Cardinals were the only team not to make a cover this season.

Either way, let's take a moment and think about what we are taking in from major sporting news sites. Unless you look deeper into motives and hidden agendas, you might just be getting fed what they want you to eat.

Follow Louisville Cardinals Basketball from B/R on Facebook and get the latest updates straight to your newsfeed!

We'd like to send you the most entertaining Louisville Cardinals Basketball articles, videos, and podcasts from around the web.