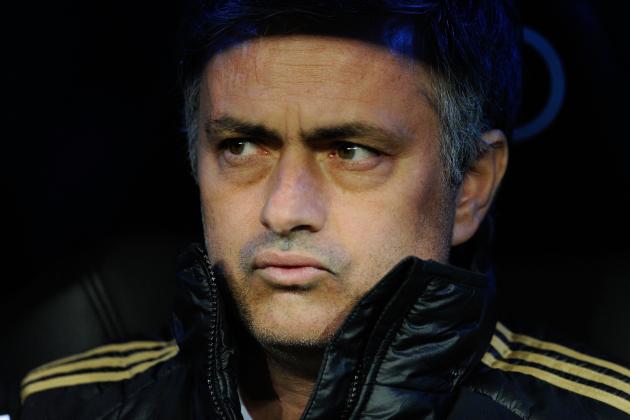 The hottest job in world club football is up for grabs yet again after Chelsea sacked their poorly performing manager Andre Villas-Boas, citing poor results as the reason.

The sacking was inevitable, as the 34-year-old Portuguese failed to live up to his expectations and only guided Chelsea to their worst season during the Abramovich era. Not only does Villas-Boas's mere 47.5 percent win rate suggest his failure, but also the dressing room unrest that has spilled over in recent months.

Chelsea, too, have been criticised for their affinity to hire and fire managers at will.

But with the sacking complete, Chelsea have started their search for a permanent manager while assistant coach and former Chelsea player Roberto Di Matteo has been given first-team managerial responsibilities on a temporary basis up until the end of the season.

With Chelsea in the market for a new manager, several names have cropped up, which includes Rafa Benitez, Pep Guardiola, Fabio Capello and others. But the one name that has emerged as the favourite, at least going by the opinion of fans and the press, is Jose "Special One" Mourinho.

The former Blues manager has given indications of his intentions to leave Spain and make a return to Premier League action at the end of the current season. Mourinho has been Chelsea's most successful manager ever and played a vital role to transform the Blues from a mid-table club into one of the footballing superpowers of club football. He also enjoys a very cordial relation with the fans as well as several Chelsea players.

While he is being tipped as well as wished by many to make a return to Stamford Bridge, there are some factors to consider before asking for something like that.

In the following slides, we shall take a look into the reasons why the Special One should not be brought back to Chelsea.

Apart from gimmicks and clashes with national press whilst winning trophies, there is another thing associated with Jose Mourinho: massive funds.

No matter wherever he has gone, Jose has had huge resources to spend on his squad. When he arrived at Chelsea in 2004, he spent a mammoth £225.76 million on building the squad that went on to become one of the biggest clubs in world club football.

But since his departure, Abramovich has spent well over another £200 million to bring quality players to Stamford Bridge without much effect. So it is unlikely that Mourinho will be handed same amount of resources as when he had when he joined Chelsea way back in 2004.

Moreover, with Financial Fair Play regulations coming in and Chelsea looking to achieve self-sufficiency, Mourinho can only expect a much cheaper purse if he looks to overhaul the team.

Without enough funds to reform the squad, Mourinho might falter in his second coming, as he has never been one who has managed anything with limited resources.

King Kenny for Liverpool, Kevin Keegan for Newcastle or Marcello Lippi for Italy have one thing in common: None of them achieved success on their return to the club where they had achieved numerous glories in their previous stints.

Kenny Dalgish made a much celebrated return to the Merseyside club where he had earned a legendary status both as manager and as a player. He was expected to turn saviour and help Liverpool return to their former glory, but nothing has happened and Liverpool still remain the club they were when Dalgish took over.

Similarly, Kevin Keegan became a Newcastle legend for his huge success as the Toons manager in the '90s, but failed to recreate that magic on his return.

Former Italian national team coach Marcello Lippi also had the same fate when he made a comeback. There are numerous other instances which show that managers who have achieved huge success at a club fail to match their previous feats in their subsequent stints.

Though many might cite Fabio Capello, Harry Redknapp and Walter Smith as proving otherwise, the fact cannot be denied that the chance of failure on comebacks is pretty high.

Hence, with Mourinho having achieved almost everything with Chelsea, the chances of him facing a situation similar to Dalgish or Keegan cannot be denied. Moreover, Mourinho will have increased pressure to deliver in his second outing which could lead him to failure.

Nobody would want to remember Chelsea's greatest manager as having failed to deliver on his return and would rather prefer to keep memory of his great achievements at the club.

Much has changed since Mourinho left Chelsea five years back.

Chelsea are no more the most feared team in England or Europe. The Blues' fortunes have dwindled in the past year and a half. They have lost the air of invincibility which they boasted about. Several managers have come and gone, along with several key members of the Chelsea management.

Chelsea are no more the money spinners of the Premier League with oil-rich Manchester City having eclipsed them in the transfer market over the seasons.

Jose Mourinho will face a much-changed Chelsea if he decides to make a return. Apart from a few remaining players of his Chelsea squad and the fans, Mourinho is unlikely to find any new friends—that could make it tough for him to adjust.

With Chelsea having moved on after his departure, it might be right if Mourinho, too, moves on from his unfinished business.

One good thing that had happened during Andre Villas-Boas's short Chelsea reign was that several younger players were handed first-team starts. Though one of the reasons for Villas-Boas's sacking was also his inability to play the likes of Lukaku and McEachran on a regular basis.

However, it cannot be denied that he helped Daniel Sturridge come off the bench and gave Chelsea a top-quality right winger.

The clashes that spilled over between Villas-Boas and the older players like Lampard, Malouda and Ashley Cole only suggested his efforts to force out older players from the squad. Players like Ramires, Mata and Sturridge were growing full-blown under his tutelage and Chelsea for the first time in years were able to field teams without any of their older players.

But if the Special One returns to Chelsea, then that progress might get stalled yet again and lead Chelsea to further deterioration. The older players are still the batch that Mourinho had created in his class of 2004, hence if Jose returns, there is bigger chance of them getting preferential treatment from the manager.

While Mourinho might not altogether scrap the idea of revolutionizing the squad, the progress so far made by Villas-Boas would be undone. Moreover, Mourinho cannot possibly axe the very players whom he had brought into the squad, which might force him to play those players and keep the budding youngsters on the bench.

With Chelsea clearly in need of young blood to rejuvenate their fortunes, the arrival of Mourinho would not do them much good in the present scenario.

When Jose Mourinho left Chelsea on 20th September, 2007 he not only stunned the world and Chelsea players, he also left the Blues faithful with a heartbreak. A heartbreak so severe that even today any Chelsea fan will tell his worst time as a Chelsea fan came when Mourinho left Stamford Bridge.

Jose might return to Chelsea to complete his incomplete ambition or to avenge his bitter departure, but it is a known fact the Mourinho is a very ambitious manager and has never stayed at a club where he has achieved success. Be it Porto, Chelsea or Inter, the Portuguese has an insatiable desire for success and there is no doubt that he will leave Chelsea as soon as his "incomplete business" is finished.

Chelsea need a manager on a more permanent basis, something similar to Arsenal or Manchester United, if they are to achieve the successes earned by those clubs. Mourinho will never be a permanent answer for Chelsea.

Hence, while every Blues fan might be praying for the return of their Special One, the pain of another parting with Mourinho should deter most.