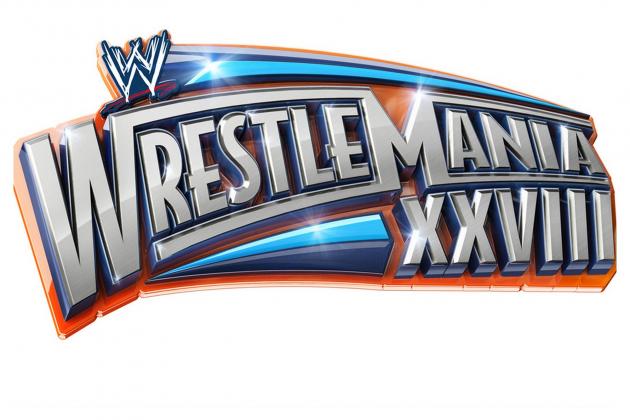 WWE WrestleMania 28 is just around the corner.

The key draws like John Cena vs. The Rock, Undertaker vs. Triple H and CM Punk vs. Chris Jericho are gradually getting into their groove. The night boasts of four main event caliber matches. The night will showcase the much-anticipated clash of two generations and proverbial end of one of the most glorious eras of the pro wrestling.

If early signs are to be believed, then we are about to witness the grandest spectacle of pro wrestling of our generation.

WrestleMania is called “the showcase of immortals” for a reason. Its surreal aura is a result of many iconic elements. It's a night when the focus of pro wrestling world centers upon one arena. It's a night when some magnificent moments transcend the paradigm of time and become alive.

WrestleMania is one of the very few events on this planet, which have gone on to become a legend in own right.

To put it simply, WrestleMania is the festival of pro wrestling enthusiasts all over the world, and it is about time, we celebrate it. This article marks the beginning of one blockbuster event which plans to do just that but more on that later.

Very few events justify the word “epic” in its every sense, and WrestleMania is one of them.

It may be the size of audience in the arena, which more often than not exceeds 50,000. It may be the grandeur of production effects of WWE, which we see in entrances, pyro techniques or the light arrangement. It may be the quality of matches that often surpasses norms and paradigms and simply mesmerizes us. It may be the presence of icons like Undertaker, Hulk Hogan and The Rock that assumes larger than life aura. Every single factor related to the night stands out and reminds us that WrestleMania is not a common night.

WrestleMania is not only the night of epic proportions, but even the stakes at the mania are of equal magnitude. This aspect is magnified by the prestige of title matches, where the champions face their stiffest challenge and the winner of Royal Rumble as well. This dimension is highlighted by the streak of Undertaker, which now accounts for many legends and one storybook career.

Every wrestler has a different flare in his eyes as he walks down the ramp. He stops and inhales the blue and white atmosphere filled with electric emotions. Thousands of cameras flash in unison and blind him for a moment. He looks towards the sky; his breath becomes heavier, his heart beats even louder as he reads the sign, “WrestleMania."

The emotions on this night have some different colors. They are bright, vibrant and much more expressive. Every move, every punch and every slam assume a meaning. The ring psychology excels, and the faces painted in emotions tell a story that thousand words cannot describe.

WrestleMania is a night, which has a heart of its own, and it beats too.

WrestleMania is a night of lucent dreams. It is a night when some dreams come true and some just renege on their promise.

“It’s the night when every performer vies to steal the show and where careers are made or broken. I would never be a true WWE Superstar until I had been a part of WrestleMania, and on April 2, 2000, I finally got my chance.”

The next two slides will focus on these two hallmarks of the WrestleMania.

Like I said in the last slide, WrestleMania is a night when new legacies are born.

Over the years, WrestleMania has seen the torch being passed to the next generation. It is an apt stage, where the future is defined and identified.

Another night that requires special mention in this slide is WrestleMania 21. It saw the emergence of four superstars on the horizon of WWE, who would go on to carry the company afterwards. At that night Batista, Randy Orton, Edge and John Cena were passed the torch of WWE, and they certainly have carried it with gusto.

Just like all other sports and other entertainment forms, pro wrestling has its fair share of gifted artists and performers. Over the years some superstars have enamored us more than others. They have exhibited the art of pro wrestling in its truest form to stupefy us.

It is only appropriate that many such performers, when their time came, chose to bid their adieu at  WrestleMania. The retirements of Shawn Michaels, Ric Flair or Stone Cold are prime examples of this phenomenon.

What makes it even more amazing is the quality and backdrop of the matches. Stone Cold opted to retire against his arch rival, The Rock. Ric Flair decided to have his last hurrah against his best friend Shawn Michaels. And HBK himself had his swansong against Undertaker, with whom he made pro wrestling look like poetry in motion.

The emotional quotient of these matches and their psychological depth is astounding. Such magic can only happen at Mania.

WrestleMania is the last string of WWE that still has a great main-stream pull. The eternal appeal of this event combined with the marketing blitzkrieg of WWE attracts a big number of people, who are usually oblivious to the WWE. Secondly there are many fans, who only watch WrestleMania. There's another category of people, who find their love for the WWE waning.

WrestleMania often manages to illume that dying passion; it manages to reinvigorate the fan.

WrestleMania is a stage, where the legends of yesterday reappear. Their nostalgic presence certainly affects the fans. A crazy ladder spot, stupendous Moonsault or sinister Tombstone catches the attention of the fan within us. An epic match makes one forget the world around, and all that remains is the wrestlers in the ring and the enchanted viewer.

The dropped jaws, wide eyes and chants of “this is awesome” announce the birth or the rebirth of the fan.

The legacy of Vince McMahon lies in his tremendous business acumen and creativity.

Vince has been the maverick mind behind many creations. Some of them bombed, some of them flourished. However, one creation of Vince has surpassed everything i.e. WrestleMania.

It is apparent that even Vince is head to toe in love with his amazing brainchild, and quite honestly, he has every right to be so. This reflects in the fact that Vince puts it all on the line when it comes to the Mania. It may be the money, it may be his family or his own body (even his hair for that matter), and he puts it all on the stake.

One particular statistic is pretty interesting here, i.e. the cost of WrestleMania 27’s production. According to the annual report of WWE, the cost of the event was whopping $15 million USD. That is one really massive figure, isn't it?

We all can agree that over the years, Vince has committed innumerable sins, but I think he should be forgiven for all of them for simply making WrestleMania what it is, because among many other things, WrestleMania is also...

Exactly 25 years ago, something unimaginable happened. An incredible moment made an everlasting impact on the business of pro wrestling. It was the night when Hulk Hogan slammed Andre the Giant on the mat to the utter disbelief of 93,000 fans in the silver dome and millions watching it at home. It was the slam that was heard around the world and which redefined the scope of this business.

WrestleMania’s legacy doesn’t only lie in the fact that it showcases surreal elements of pro wrestling. It does not only lie in the evergreen performances and brilliant matches. It also lies in the commercial effect it had on this industry.

Every legit sport in this world has an event that defines it. Every credible entertainment industry has festivals that celebrate their art. Until WrestleMania, pro wrestling hardly had such defining event.

It is difficult today to imagine that "what if there was no WrestleMania." I dread the thought, so I would not explore it here either.

Every art in this world has a stage that almost defines it and which remains the dream of every artiste. Such a stage becomes the showcase of the finest talent and sublime performances. WrestleMania is a part of such revered stages.

The legendary matches such as HBK vs. Taker or Randy Savage vs. Ricky Steamboat have showcased the purest form of wrestling that is borderline poetic. Matches such as the submission match between Bret Hart and Stone Cold have told stories, which would become a part of pro wrestling folklore. The Rock vs. Hulk Hogan redefined the term magnitude. Several ladder matches have exhilarated us with their speed and unpredictable action.

Undertaker, HBK, Bret Hart, Hulk Hogan, Stone Cold, Kurt Angle, The Rock, Randy Savage, Edge and etc., the list goes on. Over the years, a pantheon of gifted wrestlers has exhibited the most beautiful aspects of the art of pro wrestling at WrestleMania.

These wrestlers, with their presence, acumen and art have adorned WrestleMania with sheer divinity and in doing so they have enriched our lives to no end.

WrestleMania is a stage, where the artiste and the connoisseur together recreate the art. They transform the squared circle into a theatre of dreams, which is akin to a living organism. The wrestlers and the audience both become a live part of the story that goes on in the ring. Their actions resonate with each other. The grandeur of the event and the glory of the moment all become tangible. We can feel it...we can sense it...we can almost touch it.

At WrestleMania, the ring becomes a grand opera of emotions and ambitions, where every spectator has a right and reason to be involved.

Such experience transcends the boundaries of the audience and becomes an interactive art. One feels compelled to engage in such a spectacle, and only once one has experienced it, one truly understands the magic of WrestleMania.

As spring arrives in the air and the world begins to become more beautiful and colorful every day, pro wrestling fans begin to anticipate for the festival of pro wrestling—WrestleMania.

When the world engages itself in different petty matters, engrossed, we count the days to WrestleMania.

WrestleMania 28 promises to be one of the grandest nights this business has seen. In Rock vs. John Cena and Triple H vs. Undertaker (HIAC), we are set to witness two of the iconic matches of our generation. Other matches such as Chris Jericho vs. CM Punk, Sheamus vs. Bryan and MITB have tremendous potential as well.

Such a massive edition of our festival deserves equally huge fireworks and celebrations. On Bleacher Report, we are about to witness it.

Some of us writers have decided to come together and organize an event that celebrates the spirit of WrestleMania with all of you readers.

This article commences the week of “WrestleMania Celebrations.” In the coming days, some of the finest writers of this section such as Jon Fisher, Kevin Berge, Ryan Frye , Chris Mueller AKA The Doctor and William Gullo will be treating us with their delightful articles on WrestleMania.

Let us all come together and set aside the overanalysis and pessimism.

Let us all come together for once and make the road to WrestleMania exuberant with “WrestleMania Celebrations.”